UNITY Summit - Politics, then and now. 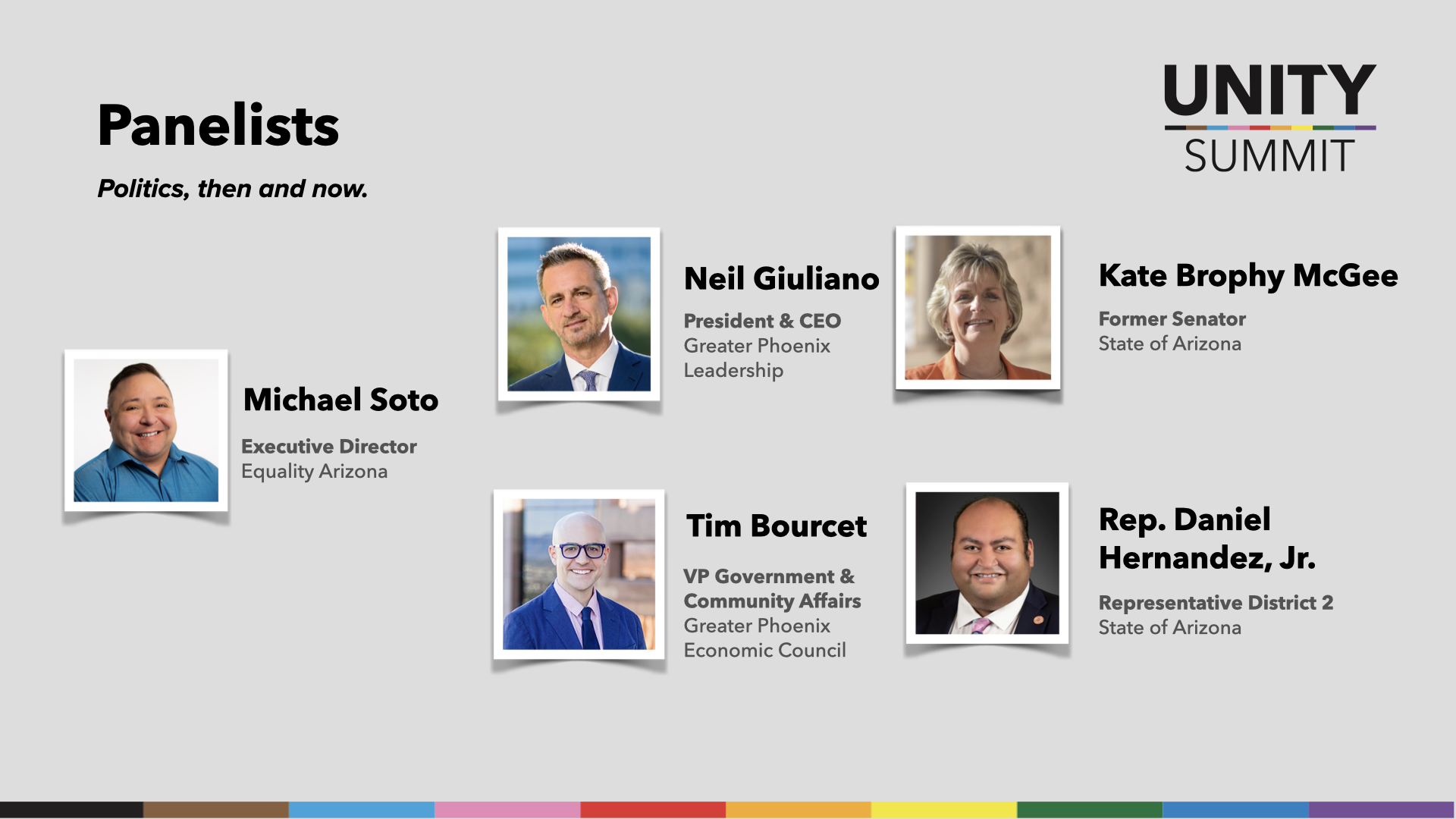 During this panel discussion, community leaders will examine the issue of Arizona's non-discrimination law, including the benefits of updating the law to include LGBTQ people would bring to our economy, culture, and workplace. Leaders will discuss past approaches and efforts over the years while conversing about ways to bridge the political divide. Panelists will discuss lessons learned and how we can work together in a bipartisan fashion to update Arizona's nondiscrimination laws to include LGBTQ Arizonans.